Want to know more? You’re at the correct place.

Not the reading type? Don’t worry, just watch our little short clip below.

The Turks and Caicos Islands Cadet Corps adopts the motto “To Lead, To Inspire, To Excel”. 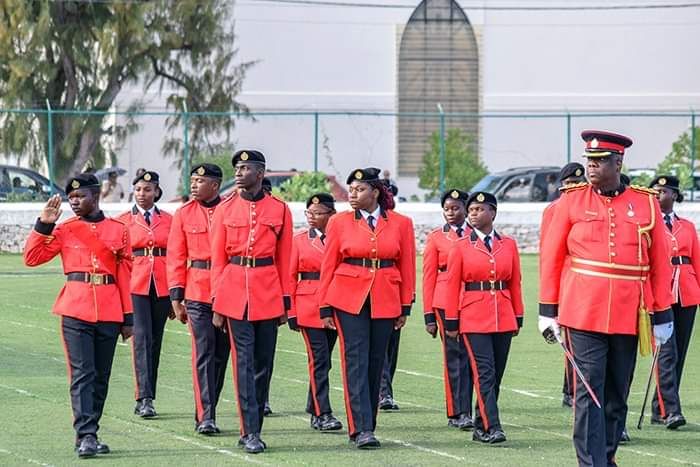 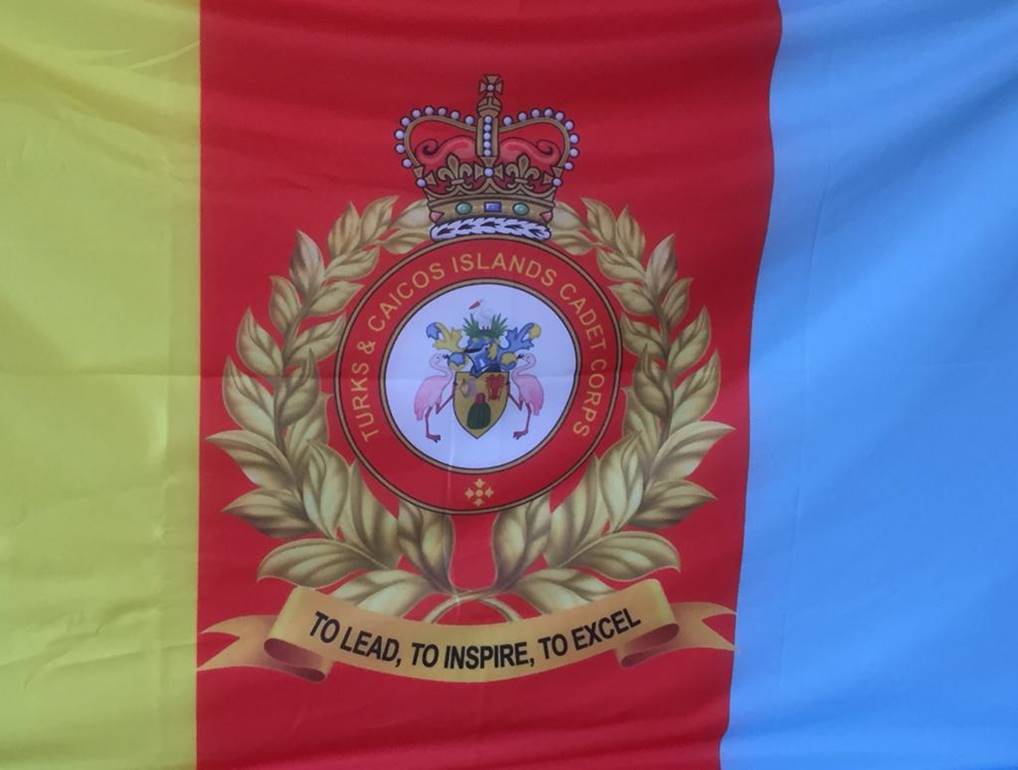 The Cadet flag (pictured on the left) was adopted in 2019. The color of the flag from right to left is yellow, red and light blue. The cadet logo is positioned to the center of the flag.

The Turks and Caicos Islands Cadet Corps is made up of 4 companies. Each company is located on a different island.

History of the Cadet Corps in the Turks & Caicos

Cadetting in the Turks and Caicos Islands owes its roots  to the Raymond Gardiner high School, North Caicos. In 2000 Decosta Grifiths a School teacher recruited from Jamaica began organizing young boys and girls into a club calling them the Raymond Gardiner High School Cadet Corps. The Corps promoted discipline, respect and leadership. Part of the vision of Mr. Grifiths includes taking the Raymond Gardiner Cadet Corps further afield. However, there were limitations, which prevented him from doing so.

In April 2006 Sergeant Ennis Grant at the time of the RTCIPF Personnel and Training Department submitted a proposal to Dr. Lillian Boyce, Minister of Education, and Youth Sports and Culture, giving a detail outline of the Cadet program.This proposal was based on the United Kingdom Army Cadet Force Model (UK ACF), currently being used throughout the Caribbean from as early as 1904. With the support and assistance of Ms. Donna Chapman former Head of Personnel and Training of the Royal Turks and Caicos Islands Police Force, negotiations into setting up of the Turks and Caicos Islands Cadet Corps began.

At the same time the program was being endorsed by Edward Hall, Commissioner of Police; Angela Forbes, Director of Youth and Mrs. Sonia Williams under Secretary in the Ministry of Education. Commissioner Hall overwhelmingly agreed to support and advanced the Cadet Program into a nationally organized body. Subsequently funding for this initiative in the amount One hundred and seventy thousand dollars ($170, 000) was approved by Executive Council. The funding was provided to procure uniforms and
training aids, and cover stipend.

On Tuesday May 2, 2006, under the direction of Sergeant Ennis Grant a mass recruitment was organized on the Grand Turk Parade Grounds, which led to one hundred and sixteen (116) youths from the Marjorie Basden High School enrolling into the Program. Contemporaneously, Raymond Gardiner Cadet Corps began re-energizing its momentum under Decosta Grifiths. Training in Grand Turk was organized and co-ordinated by Sgt Ennis Grant with the assistance of other Police Officers and civilian staff.

A total of two hundred and fifteen (250) pairs of uniforms was procured from a US based Company in June of 2006. With its new uniforms, the Turks and Caicos Islands Cadet Corps attended its first official Parade to Commemorate Her Majesty’s Queen Elizabeth the Second birthday on June 16, 2006 at the Grand Turk Parade Grounds. Some One hundred and twenty eight (128) Cadets attended this Parade along with ten (10) Cadet Instructors. There were three (3) platoons from Grand Turk and One from the Raymond Gardiner High School. With Former Commissioner of Police Mr. Paul Harvey as the Commandant.

The Turks and Caicos Islands Cadet Corps was originally established in April, 2006. Unfortunately, the Corps became dormant in 2011 due to financial restraints. The cadet corps was reestablished in October 2014.Under the Motto “TO LEAD, TO INSPIRE, TO EXCEL”.

A ceremony was held to honour its official re-establishment on October 21 at the Police Canteen Grounds in Providenciales. A number of dignitaries were in attendance for the ceremony including Governor Peter Beckingham, Premier Rufus Ewing, Akierra Missick, Deputy Premier and Minister of Education, Youth, Sport and Library Services, Deputy Governor Anya Williams, and Leader of the Opposition Sharlene Cartwright-Robinson. Other guests included representatives from the Education Department, the Royal Turks and Caicos Islands Police Force, Crimestoppers, various school principals, members of the Turks and Caicos Islands Cadet Corps and students of Clement Howell High School.

Benefits of being a Cadet

Cadet training includes, but is not limited to:

Any cookies that may not be particularly necessary for the website to function and is used specifically to collect user personal data via analytics, ads, other embedded contents are termed as non-necessary cookies. It is mandatory to procure user consent prior to running these cookies on your website.