On Sunday, August 5, 2018, three instructors, along with a cohort of 16 cadets, left the Turks and Caicos Islands to join other cadets from across the Caribbean region in Barbados for the Biennial Caribbean Cadet Camp held this year, 5-19 August 2018, for a time of adventurous training, competition and cultural immersion. 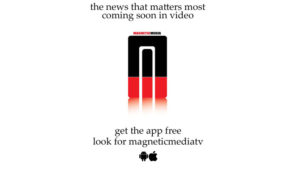 The Premier, along with the Speaker of the House and the Minister of Education, Youth, Culture and Library Services, had the opportunity to pray with the cadets and their instructors at the Providenciales Airport just before their departure.

The camp is held every year for cadets across the Caribbean region and a major objective is to widen and deepen understanding among the youth groups in the different territories.  It allows for the cadets to undergo training in disciplines such as air and sea, weapons management and environmental awareness along with training in leadership.

Mr. Nixon Dickenson, acting Director of the Youth Department who is responsible for the Cadets Corps Programme stated, “I firmly believe that if given the opportunity, the youth of our society will maximize their potential to become productive citizens and members of our society.   It may seem difficult at times, but eventually the youth will reap the benefits of the programme.   The aim of the Turks & Caicos Islands Cadet Corps is to build discipline and character while instilling in our youth positive values and attitudes, and the ideal of civic responsibility to community and country”.

The instructors and cadets will return to the island on Sunday, August 19, 2018.